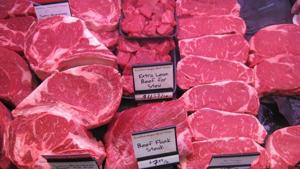 In 2021 the market for proteins witnessed a new type of consumer – one who is less sensitive to rising retail meat prices and more interested in at-home food preparation. Demand for animal protein, especially beef, has been exceptionally strong since the onset of the pandemic, allowing producers to transfer the burden of increasing input costs as well as consumers.

The factors that will increase elevated meat prices will continue into 2022, including inflated production costs, declining livestock numbers and unpredictable consumer behavior. Inflated retail meat prices will continue through the rest of 2022. But as US consumers notice their dollar is not going as far as it once did, they are likely to “trade down” the meat case, with chicken being the primary beneficiary. Although smaller herds and flocks mean growth opportunity is minimal in all protein sectors, chicken may again be best positioned for expansion, albeit not to the degree that occurred from 2015 to 2019.

During the past two years, the ever-changing consumer behavior has buffeted the food sector. Initially consumers respond to the pandemic by stocking up on grocery-shelf staples and avoiding sit-down dining. As COVID outbreaks ebbed and flowed, so has consumer spending the restaurant. But during the whole time retail meat demand has remained steadfast. Those unprecedented changes in spending patterns have proven extraordinarily difficult for livestock producers, meat processors and consumer-facing channels.

The shift in spending was most notable during 2020. Consumers, flush with federal stimulus and facing ongoing dining restrictions, had more spare time and money to spend on cooking at home; Retail meat and poultry spending jumped nearly 20 percent in 2020. But when dining restrictions were eased in the first half of 2021, retail meat spending defied expectations and held steady. And just as consumers were gaining optimism in the second half of 2021, the omicron variant spiked COVID-19 cases and curtailed restaurant spending yet again.

Weary of dining restrictions, consumers who wanted to replicate restaurant-like experiences invested heavily in home cooking. According to the NPD group, US consumers spent $ 6.1 billion across the grilling segment in 2021, a 14 percent increase from 2020, with peak March-May grill and smoker sales volume rising 80 percent from pre-pandemic levels. Consumer access to excellent-quality meat has been instrumental in maintaining the consumer dollar at retail – better access to better-quality beef. More than 80 percent of beef was graded choice or better during 2021. Those shifting demand patterns and market uncertainties have played a major role in increasing and more-volatile meat and poultry prices, but that’s only half the story.

Looking at more depth at the supply side, during the past decade the United States has added 14 billion pounds of animal-protein production, a 16 percent increase. Yet the past few years paint a different supply picture. The temporary closure of beef and pork plants in 2020 has led to backups in fed-cattle supply that is still lingering. Combined with ongoing severe drought conditions in the western United States amid the backdrop of modest feeder-calf prices, the nation’s beef-cattle inventory is currently in decline. The combined cow and replacement-heifer inventory has declined by a whopping 12 percent since 2017.

Likewise the nation’s sow herd is contracting, approximately 6 percent during the past three years – mostly due to losses sustained in 2018-2019, prior to the pandemic. The US Department of Agriculture is forecasting a 2 percent decline in US beef and pork production in 2022. Given the broiler industry’s ability to rapidly increase production, we expect it to meet demand in terms of overall meat production. But that has not been the case. Broiler production expanded rapidly from 2013 to 2019, rising some 2.4 percent annually on average. In contrast, during the most recent two years, annual broiler-meat-production growth averaged just 1.1 percent. Factors at play include uncertainties regarding the future of food service, inflated feed costs, ongoing chick survivability and high commercialization of pathogenic avian influenza sweeping through US commercial poultry. Overall the USDA expects minimal growth for chicken production, to increase by just 0.7 percent in 2022. The bottom line is that slightly increased poultry production and slightly increased red-meat imports will leave domestic meat and poultry supply essentially unchanged in 2022.

Animal-feed prices have skyrocketed from where they sat in 2020 as global grain balance sheets tightened amid smaller global harvests in 2021 and now by the Russian invasion of Ukraine. The invasion shocked grain markets, rising grain and oilseed-crop prices by 20 percent to 30 percent in a matter of days. Although the feed is the largest variable cost to livestock production, it is not the only cost. Labor and energy also represent major expenses and both of them have been steadily rising as well.

The sharply increased costs for feed, and energy in particular, have yet to fully impact wholesale and retail meat prices. Thus far the consumer has been assuming more of the burden of increased production costs in shelves and menus. The intense media coverage of food inflation in recent months has prepared consumers, albeit in a slightly perverse way, for increased food prices – minimizing “sticker shock” in 2022. In past times, real income reductions, consumers have traded down “value” options. such as chicken breast and pork chops. But unless proven otherwise we expect meat consumption to remain strong throughout 2022 despite the effects of reduced government-stimulus payments and increased gas prices on shopper budgets.

The animal-protein sector has become a daily headache for procurement teams to manage. Prices started in 2022 in post-holiday doldrums, but wholesale prices were still elevated compared with pre-pandemic levels. Volatility in wholesale markets is currently an obstacle for promotional planning. With combined cutout prices of beef, pork and chicken growing 22 percent year-over-year for the first-quarter 2022, the consumer is all but certain to see increased prices in the meat case. Current dynamics are out in full-turkey and ham segments may signal what to expect for on-shelf prices for the rest of the year. Turkey, near full-turkey prices early in the year, can deliver retailer price expectations for the year – because they contract and take delivery early in the fourth-quarter holiday period. To start 2022, wholesale turkey prices were up more than 20 percent from a year ago, and were 30 percent higher than the three-year average.

A major factor tightening ham availability is reduced labor availability. COVID-19 exacerbated an already-tight labor market, hampering pork-processing ability to de-bone hams and forcing large bone-in-ham volume into export markets. Bone-in-ham prices have dropped to 10-year smallest numbers but boneless-ham values ​​have not seen levels since 2015. That doubled the spread between the two cuts, to about $ 160 per hundredweight. With no end in sight to the industry’s labor woes, we can expect a premium for domestic boneless-ham supply will be elevated for the rest of the year.

For 2022 and 2023, the USDA is forecasting a slight decline in beef pounds consumed as domestic supplies shrink amid a contracting cattle herd and growing exports. Demand for chicken has also increased as prices have increased. The relationship between change in prices paid and change in quantity consumed is consistent and fairly strong. Both consumption and prices rise to record levels in 2021, an increase of 8.2 percent from 2015. Both retail prices paid by consumers and consumption are forecast to increase during 2022. Stronger beef demand has been garnering attention lately but chicken continues to enjoy strong consumer demand as well.

Grocery meat-department managers generally plan to feature products and pricing three to six months ahead. Food-service managers set promotional strategies on a six- to 12-month basis for the beginning and mid-year. Meat-procurer current promotional plans show they expect consumers to continue to absorb the coming arrival of rising prices and that increased cost volatility is affecting retail. Increased volatility in spot markets and supply instability handcuffed retail marketing of proteins during the 2020 grilling season.

Featuring activity rebounded substantially in 2021 as grocers sought to hold onto sales they gained during the pandemic. For 2022 a flight to safety from inflated meat prices may feature items like ground beef, hot dogs and sausage items.

Wages are increasing but they are not keeping pace with inflation, meaning real purchasing power is declining. As US consumers notice their dollar doesn’t go as far as it once did, they may “trade down” their protein purchases, favoring chicken more often than was the case in 2021. But we don’t expect the trade-off Will be as severe as what happened in 2006-2015 when chicken is rapidly becoming a major presence on the quick-service-restaurant menus. Although government-stimulus payments successfully encouraged economic recovery through 2020 and 2021, Americans put a large portion of stimulus toward decreasing debt and savings. Consumer savings ballooned by an estimated $ 2.5 trillion by April 2021 and most of that savings is currently in consumer bank accounts. How soon and how deep consumers need to dip into those savings to pay for inflated gas, housing and grocery bills will be a factor in how long meat prices can sustain.

Given the strength in the markets during first-quarter 2022, there is a good probability that wholesale prices will be supported through the balance of 2022. The USDA is currently forecasting livestock prices to increase by 10 percent year-over-year for 2022 overall. Surprisingly, as dining restrictions have eased during the past 12 months, retail channel support has seen minimal contraction.

With the grilling season in mind, it is likely that the retail meat-department focus will shift to profit margins over sales volumes this year – meaning we will see increased creativity in the meat case. Instead of vying for consumer dollars through aggressive price points, “no price” features will be an attractive solution. Additionally, while prices for end cuts have been elevated, grinds show moderate price support – suggesting we could see burgers and all-beef franks more frequently featured during grilling season.

If consumers’ real incomes continue to decline along with increased meat prices, we may finally see a significant change in consumer willingness to pay for red meat. If that turns out to be the case, the US broiler industry may well be positioned again for modest growth and strong margins. Even here, however, we do not expect the opportunity to rival the expansive growth that occurred from 2017-2020 when eight new broiler plants were built.

Brian Earnest is the lead economist for animal protein in CoBank’s Knowledge Exchange division. He provides market and industry research for the poultry, pork and beef sectors; He has more than 10 years of industry and consulting experience. Visit cobank.com for more information.