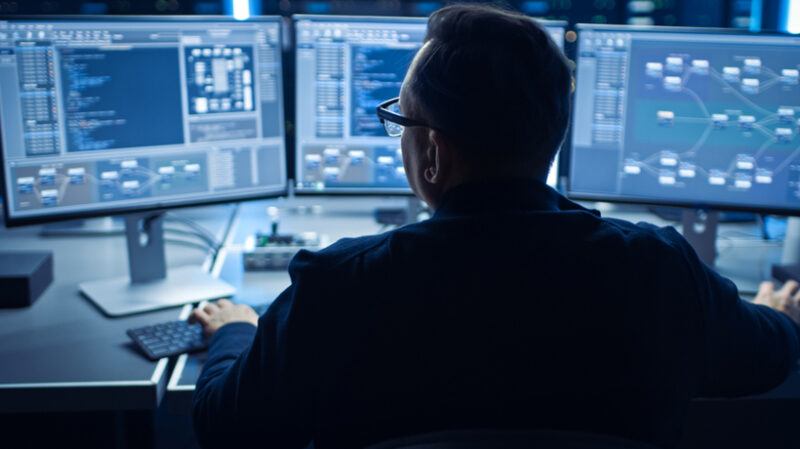 When we envision a career in technology, we all want to work in a space that is not just growing but also fuels our creativity. And from which technology can you expect such a combination other than blockchain? Blockchain is one of the fastest-growing technologies on a global skills index. The technology that was once viewed with skepticism has today become a highly in-demand career option. With more and more businesses exploring blockchain use cases in their system, the demand for developers is constantly on the rise. In this article today, we are going to look into the different facets of having a career in technology and joining a blockchain development company.

Why Become An eLearning Blockchain Developer?

There are a number of reasons that make blockchain technology the best career choice for tech enthusiasts in 2022. A few of the most significant ones are:

Blockchain is still at an exploration stage. Businesses across industries are still finding applications for the technology. This means that there remains a lack of developers in the space. Moreover, the fact that the technology came to a full-fledged level only around 2016 means there have been a very few years for developers to emerge. This means that the competition is lower in this area, compared with other development roles.

In the software space, salaries are decided upon by supply and demand. In the case of blockchain, the demand is a lot more than the supply. Thus, the salary in the blockchain sector is on the higher side. This is so for every country in the world that has a developer-focused base.

The use cases and applications of blockchain are fast expanding, not just in terms of project type but also across industries, ranging from healthcare and finance to gaming and government. Use cases include payments, storage of value, task automation and voting, etc. In order to meet these use cases, industries require skilled blockchain developers, having varied skillsets.

The above were the different reasons for choosing blockchain development as a prospective career choice. Now, for a developer, it is important to know what are the different role options available to them. Let us look into this next.

What Are The Different Career Opportunities In Blockchain?

There are a number of job roles that a blockchain enthusiast can look into. Let us look into some of the most in-demand ones.

Blockchain developers having the skills to help businesses explore blockchain platforms are in massive demand. It is one of the most common career trajectories people pick today to become a name in this flourishing space. The developers are programmers who create blockchain-powered applications and architecture. This role requires you to have experience in languages, like Python, C ++, and Javascript, before you become a blockchain developer.

These are the individuals who are given the responsibility of assigning the various elements of blockchain projects, to people who have the appropriate skillsets. They generally have the same expertise as traditional project managers, but with a technical understanding of how to use the technology. Another key capability is having great communication skills. This is crucial when it comes to dealing with non-technical employees. Moreover, they have to pass on important updates to the management or stakeholders.

With the adoption of blockchain technology in multiple industries, the front end of blockchain projects has become a critical area. The role of the blockchain designer is to create a User Interface that will showcase trust and excellence to the users. This job role requires you to pay attention to detail, and to be creative and hardworking.

In the development environment, there is always a quality assurance expert who tests and makes sure that every aspect of the project’s elements meets the right quality standards. In the blockchain ecosystem, the quality engineer plays a similar role. They ensure that all operations are up to the best quality as any mistake can affect the usage of the technology. A mix of technical expertise and great communication skills go a long way in this job role.

While the adoption of blockchain is high, the truth remains that it is not yet legalized across the world. So when a business adopts blockchain technology, they need legal expertise to understand what elements are legal and which would need compliance checks. A legal consultant aiding businesses will have to have detailed knowledge about the global understanding of blockchain in legal terms.

These are some of the top roles that blockchain enthusiasts generally think of when they explore the technology. Now, these are only at the surface level; there are a number of other job roles emerging in the space. All you will have to do is wait and see how the space is growing. Irrespective of what the roles are, it would help to get some blockchain-specific toolset expertise.

Here is the list of technologies and tools which you can start exploring on both theoretical and practical levels to get started in the blockchain space.

So these are the different aspects of starting a career in the blockchain space. We hope that they will be a good starting point for you to consider when starting your career in a reputed blockchain development company.