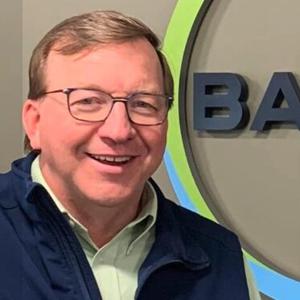 It’s a cold start to the 2022 planting season. January, February, and March all finished with below-normal temperatures in the upper Midwest, and the first half of April also had below-normal temps.

No one knows if the coolness will continue for late April and into May and June. In their forecasts published during the first half of April, the Climate Prediction Center outlook favored equal chances for below, normal, and above-normal temperatures.

So, planting in the best soil conditions possible is going to be an important management practice to maximize yield in 2022.

“When the ground is ready, it’s time to go – but not before,” said Harmon Wilts, technical agronomist for Dekalb corn / Asgrow soybeans. “If I look at the yield, I’m much better off to the plant just to have a tick later in that field in good conditions. So, I’m big on preaching that field conditions this spring are more important than anything else. It’s important to plant early, but corn is really made in June, July, and August. “

Farmers faced a cold start to the 2021 growing season, but some areas experienced dry conditions that allowed early planting. Other areas received rain that kept farmers out of the fields until late April or early May.

Wilts said that in 2021, the farmers who waited and planted in warm and moist soil conditions had better standing than those farmers who planted early.

It could be a similar situation in 2022.

While farmers are waiting, it is good to double- and triple-check equipment and technology.

“Do we have things ready? Have we checked everything on the planter? Have we checked the sprayer, the diggers? We didn’t want to get caught losing half a day because we thought we were ready, but we weren’t, “Wilts said.

At his own farm, Wilts thought he had everything ready to go. Then he noticed an agitation motor rod was spinning out and popping on and off. Because he discovered it, he could order the part and get it in time even if there was a delay.

He encourages farmers to just relook at everything – spending a little time on the driveway, checking all the technology, and practicing can really help with preparedness.

Wilts generally like to seed corn on Monday after Easter, but if the fields aren’t ready, it doesn’t start to day. He asks farmers to dig down into the soil 2 inches and grab a little soil. Between your fingers, you should be able to make a good “ribbon” of soil if conditions are correct for planting.

Should the growing season stay cold and maybe wet, farmers need to determine their acceptable final stand count (30,000 plants per acre) and then add 5,000 seeds to that number (35,000 seeds per acre).

Seed orders for corn in 2022 indicate that farmers are using more traits this year, for both aboveground control of lepidoptera and weevils and belowground protection from northern and western corn rootworm.

Wilts added that farmers in his area have ordered more corn seeds and a little less soybean seeds.

“As I look at the economics now, and I talk to a lot of farmers, it looks like I want to stay in the corn / soybean rotation course,” he said. “We plant our corn, and we do what we have been doing before fertilizing well.”

Wilts said seed treatments, like Acceleron, that are high quality – with fungicide, insecticide, and enhanced disease control – can help seeding once germination occurs.

As far as planting depth, farmers should never plant more than 1.75-inch cold and wet weather conditions, he said. With last year’s dry conditions, farmers planted near 2.25 inches with hopes of placing the corn seed in moisture for successful germination.

For farmers who are digging / cultivating fields before planting, Wilts recommends working the soil no deeper than twice the seeding depth.

Farmers have been worried about fertilizer supply and costs throughout the winter months and rightfully so. Wilts thinks most areas do have access to enough fertilizer for now.

“The fertilizer price has gone up significantly, but the corn prices have followed equally, so I’m telling growers, ‘You already have the cost of land, seed, and chemical. The last thing you want to do with a very high corn price is to shorten that corn crop on fertilizer. ‘”

Nitrogen, he said, is going to be the key to corn production, especially with cold and wet conditions. It would be very easy to get an ear tip back and lose 20 bushels per acre. Add stalk problems due to inadequate nitrogen and the crop will be difficult to harvest.

“If we feel like the crop is growing well and we have a good stand up early, we can add side nitrogen, or add supplemental liquid nitrogen, 28 or 32 percent, in-season, as a way to manage that,” he said.

In some cases, taking a spring nitrate test to see where the nitrate levels are from 0-24 inches is possible, but the results are not always consistent because of soil moisture variables.

Wilts encourage farmers to leave enough room in their budget for a fungicide application, like Delaro Complete. Diseases like Goss’s wilt, anthracnose, and tar spot are constantly hurting yields.

As far as soybeans, prices are excellent, and many farmers have had acceptable soybean yields last year. Planting soybeans continuously is rarely a good practice, though, as soybean cyst nematode, iron deficiency chlorosis, and white mold are difficult to control.

Wilts encourages farmers to continue to study the newest corn hybrids and soybean varieties with great yield potential and strong agronomic traits. His own company is constantly testing traited cultivars to assure that only the highest-yielding products are released to farmers.

He also added that both soybeans and corn can be planted at the same time, and he knows that many farmers will have multiple tractors and planters seeding both crops as field conditions allow.

With what looks like a “condensed planting window,” Wilts wishes farmers all the best this planting season and hopes that all the crops can be planted in good soil conditions, with lots of seed-to-soil contact, and just the right amount of moisture.