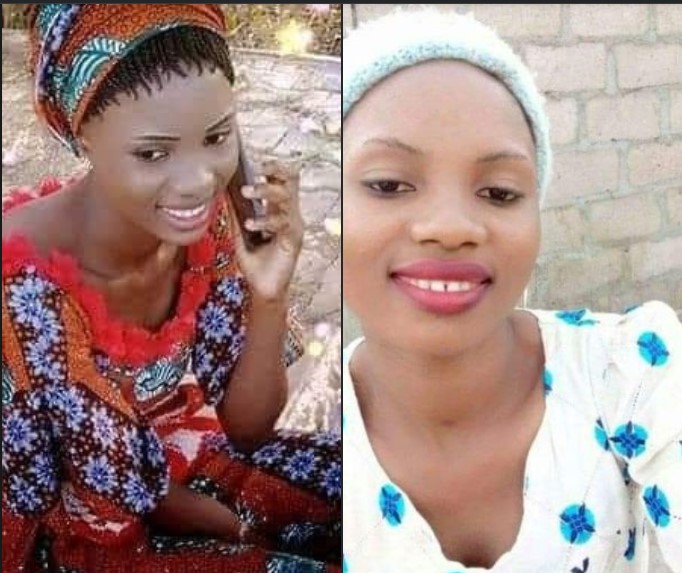 Garba Emmanuel, the father of late Deborah Samuel, who was gruesomely killed and burnt in Sokoto last Thursday, has narrated how his daughter was killed.

A distraught Emmanuel in an interview with elifeonline.net described his 22-year-old daughter as a humble girl who wanted a bright future, believed so much in the Lord and did not play with Church activities.

“In her school, she was a member of the Christian Student Association and was well known in the Church because she didn’t miss Church activities. She was not a troublemaker. ”

Garba, who witnessed the killing of his daughter, said the mob action took place despite the presence of over 100 security agents comprising Police, NSDSC and DSS operatives.

“Ok that Thursday morning around 9.00 am, she called me on her phone to say that some people wanted to kill her. I quickly left where I was and went to her school. On getting there, I saw a huge crowd of these boys and girls. The school authorities had taken her and locked her and another girl at the security gate by the school entrance.

“I then decided to report the matter to the police that there was a problem at the school. The police responded that I had no right to report what was happening in the school; the school was supposed to call them.

“I told them that I am a citizen of Nigeria and I have the right to report any wrongdoing happening anywhere if it affects me or anybody. So, they gave me two police officers in plain clothes.
“On arrival at the school, they saw that the situation was beyond what they could handle.

“They called the DPO, the Area Command, the Police headquarters and the DSS office. The DSS arrived first on the scene and began shooting in the air to disperse the mob, some of whom ran away.

“They attempted to rescue her but the door of the security post was locked with a padlock and the person holding the key was not there. Later, more police officers arrived and began to shoot teargas all over the place.

“As this continued, more mobs from the adjourning communities began to arrive, all the passersby by the road because the school is on the express road, began to troop in, and the crowd was much.

“At about 11 am, more police officers, Civil Defense and DSS were around and were teargassing the whole place. Rather than break the door and rescue her, they were waiting for the person with the key. Soon, the person came and in bringing her out, the mob took hold of her.

“As they were struggling with the security men, one of the mob hit her on the head with a huge iron rod and she fell to the ground.

“That was how they began to stone her, hit her with rods and sticks and she died. She was killed in the presence of all the security agents.

“After they killed her, the mob was a jubilee that they killed her. The students and people from the villages were all shouting Allah Akbar, Allahu Akbar.

“That was when they gathered tires, and one of the boys brought his machine from where they siphoned the fuel, which they poured on the tires and set her body ablaze.

“After about two hours, the school authority and the police officers took her body to the mortuary.”

He added: “More than 100 policemen were there. They were more than one hundred. The DSS people there were not many. The DSS people tried to rescue her but left it to the police when they came in about five to seven vehicles, including the civil defense. But see what eventually happened. ”
When asked if the police officers deliberately did what they did, they said, “Well, what can I say? If they did it deliberately, I leave them to the hands of God because I believe that if the police and other security agencies wanted to rescue her, immediately they shot in the air and the mob dispersed, they could have taken her into one of their many vehicles and zoomed off.

“They could have broken the padlock and repaired it later. But they did what they did. I leave everything to God.

“We are based in Magajia in Niger state in Rijaw Local government. I was in Sokoto when she called me to say they wanted to kill her and I immediately moved to the school.

“They were on holiday during the Salah break and the school resumed on Saturday and started exams on Monday. They were still in the exam fashion on Monday, Tuesday, Wednesday and on Thursday, they killed her. ”

When asked if he was going to relocate as speculated in the media, revealed that amid the uproar and riot in the state over the arrest of his daughters’ killers, he still feels safe staying in Sokoto and will not move out of the state.

“I will move to nowhere. I am ok here. I am already established here, and these people can’t scare me away from this place.

“I will move to nowhere. I am ok here. I am already established here, and these people can’t scare me away from this place.

On how his wife heard about Deborah’s death, they said: “Some of Deborah’s mates broke the news to her. When I got back home, I heard that when she was told, she fainted and was rushed to the hospital in Magajiya. She slept there because she had high blood pressure.

“There is no problem. We have peace. Even the Muslims now know that what they had done was wrong and not Islamic. We have said this so many times.

“Some Arab preachers also said no place in the Koran that says they should kill anybody. Even Gumi, one of their Sheiks, said when Mohammed was alive, he was insulted face to face and he never asked anybody to deal with no one.

“Is it now after his death that anyone would say they should kill? He said it was some Mallams, some Ulama, who took that decision so they could control their masses. It is not in Islamic laws.

“Their law says if anyone is caught in blasphemy, they should be taken to the Sharia courts, and it is the court that will determine if blasphemy was indeed committed.

“The Muslims have condemned it. The Sultan and many Muslims were not happy about this. ”

While speaking on how his other children reacted to the incident said: –

“They all know there is nothing we can do now. She is not my only child and not the eldest.

“They know that all we can do now is to thank God and praise him because there is nothing we can do to bring her back.”

Emmanuel denied saying his children will not go to school again, stating he only questioned the safety of his children in school.

“That is a lie. I never got so. You can’t stop your children from going to school because of this.

“I guess they misquoted the calls of our people not to send their children to that school again because if you send your child to school and what you get is her dead body, it is a break from trust.

“If they can’t keep their children safe, why send them to that school?”

He stated that his family has no plans of taking the school authority to court but the government can do so if they need to.

“But if the government wants it, they are free. She is an indigene of Nigeria. The government may decide to go to court to prosecute the offender as a deterrent for a reoccurrence. ”

“The government should handle it and punish the culprits so it would not happen again.

“We believe in God and thank Him that He has called her back home this way. How many people die, and the news goes as far as this? So, she is a child of a poor man, but her name has gone around worldwide. Glory be to God. ”