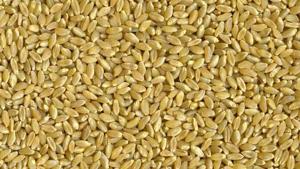 Looking back over the past several weeks, the durum market has remained flat with no impressive moves one way or the other. That said, the most local durum bids are about $ 13 per bushel, which is still very good, historically speaking, but also disappointing from earlier trends and compared with recent strength in other wheat markets.

“(Flat), which is kind of where we’ve been for the last couple months,” said Jim Peterson, market director for the North Dakota Wheat Commission, adding that while most bids in the region are about $ 13, there are some downs. As low as $ 12.60. The National Durum Index on April 26 was listed at $ 12.80. In early April the index price was $ 12.60.

“So that implies a little appreciation in values, though nothing significant,” he said. “New crop prices for that August / September harvest period, those prices are ranging from $ 10.80 to $ 11 and are trying to keep pace with some of the appreciation we’ve seen in the spring wheat market.”

As far as any significant news in the market, producers are supposed to be in the mid-to-late planting season, but late-season snowstorms and cold, wet weather in mid- and late April have suspended a large portion of planting in North Dakota and Montana. General Chat Chat Lounge

“That ‘s the dilemma the market is in now,” he said.

Obviously, prior to the April storms, a lot of producers were needing moisture and mid-April drought monitors were still showing parts of western North Dakota and into Montana with a notable drought, with more severe drought ahead in Montana. However, the weekend storm on April 23-24 caught more of that traditional durum area. The mid-April storm was more in the central part of North Dakota this week.

“Obviously, the last couple weeks we’ve had more liquid rain. Unfortunately it was in the form of snow, but it was more liquid rain than we had in many months, “Peterson said. “It’s definitely going to delay planting. As far as impact on acres, time will tell. “

He explained that durum does have a slightly later planting window than some of the other competing crops. But the later planting is delayed, which is also possible to pushes harvest later than normal, and if it gets extremely late, in late September or early October, it can raise quality risks.

“Planting in the drought doesn’t give you much crop potential either, so planting with moisture later, I think, certainly points to possibly a better crop,” he said. “But the well below temperatures now, as well as with snow in the fields, have cooled the soil temps. It just depends on how much further we’re delayed. “

The latest report from North Dakota’s National Agricultural Statistics Service office includes a statewide average start date of May 4, but that will certainly be the case for recent snow and ice storms, and there is more snow forecast for the first weekend again. May.

“April was a fairly wet, cold month. It’s been a drought standpoint from the positive, but I think the industry is going to get concerned if this next system brings more rain than expected and we really don’t get rolling with planting until the middle part of May, “he said.

Looking at the current planting progress numbers, as of April 24, North Dakota had just 1 percent of its durum crop planted. That compares to 10 percent of plants planted this time last year, and the five-year average of 4 percent. Peterson said he was not expecting any further planting progress until the first week in May at the earliest, so the planting could fall further behind.

Although Montana has caught some snow with the April storms, the state has been a bit drier and producers have been able to get about 5 percent of the crop planted. The five-year average is 6 percent.

Weather observers in Montana noted that despite 2 inches of recent snow, there were several areas that were still below normal.

“That ‘s the current situation now. All we can do is watch and wait and see what the weather brings, “he said.

Other news that could move the market was that Stats Canada came out with its 2022 planting intentions report and, in a bit of a surprise, the survey showed more spring wheat interest and also more durum interest and far less canola interest than a lot. Private analysts have been expecting.

For durum, Stats Canada’s initial projection is calling for 6.2 million acres, which would have been up 13 percent from a year ago. Some of the early private and government estimates were closer to a 9 percent range, so slightly higher than expected.

Peterson also noted that Canada did not have much of the recent moisture in North Dakota and Montana, and is still characterized as slightly dry. However, planting has been hindered by cold temperatures, as well as some incremental moisture, though certainly not as inundated as North Dakota during April.

“So that can skewed a little bit bearishly into the market with higher acreage numbers, but we’ll see how the planting season unfolds up there, and if they get any late-season storms, as well,” he said.

Some bearish prices and demand in the US domestic market, according to Peterson, are the fact that most mills are on a 4-5-day grind and are still throttled back into the pasta plants by labor shortages as well as supply chain issues.

“In some sectors of the country, store shelves are not yet fully stocked with pasta products,” he said. “I think we’re leaving some on the table and eventually that comes back to price pressure at the local level for producers.”

“On a positive note, we have 2.5 million bushels already sold for the first marketing year in June, so there are expectations that next year will be a much better export season for both the US and Canada,” he said.

From a world standpoint, the International Grains Council (IGC) has come out with its first look at the 2022 world crop and projections and is projecting production will be up to 1.25 billion bushels (BB), up 10 percent from 1.12 BB last year. In a kind of reversal from a year ago, the IGC is projecting a pretty notable rebound in North American production, partly in the US and Canada with lower crops in the European Union and North Africa. Some of the early looks show the EU is down slightly due to relatively small crop production in France, but North Africa is down more notably, about 25 percent from last year. That ‘s largely due to drought in Morocco. Algeria is also dry, but the crop there is faring a bit better.

“In North America, this is a very early look again, the crop is not even planned yet, so certainly things can change tremendously,” Peterson said.

The caveat of all that is intended is that there will be more planted acres, and we are going to rebound back to average yields, and that is what the IGC is using, “he said. “Obviously, we’re getting almost moisture now, but the drought outlook for both countries is slightly drier this summer, but that is subject to change.”

Looking at some of the other key factors, the IGC is forecasting another year of declining stocks, even with higher production, and that is because overall use is up 5 percent.

“We are going to see a rebound in food use, but it is still down from the robust levels set during the COVID period. Feed use is also a little higher than just historically high corn prices, “he said. “And then trade is expected to make a significant rebound, up 44 percent, and led by Canada.”

He also pointed out that some of the dryness and smaller crops in the EU and North Africa are putting in a slightly bullish sentiment in world durum prices.

Going back to his comments of the start, Peterson reiterated that US prices have really moved much over the last couple of months.

“We’ll see what concerns over planting delays to get. I think with the higher acre expectations in Canada that is probably going to temper durum prices as planting delays would get even more acute going forward, “he said.