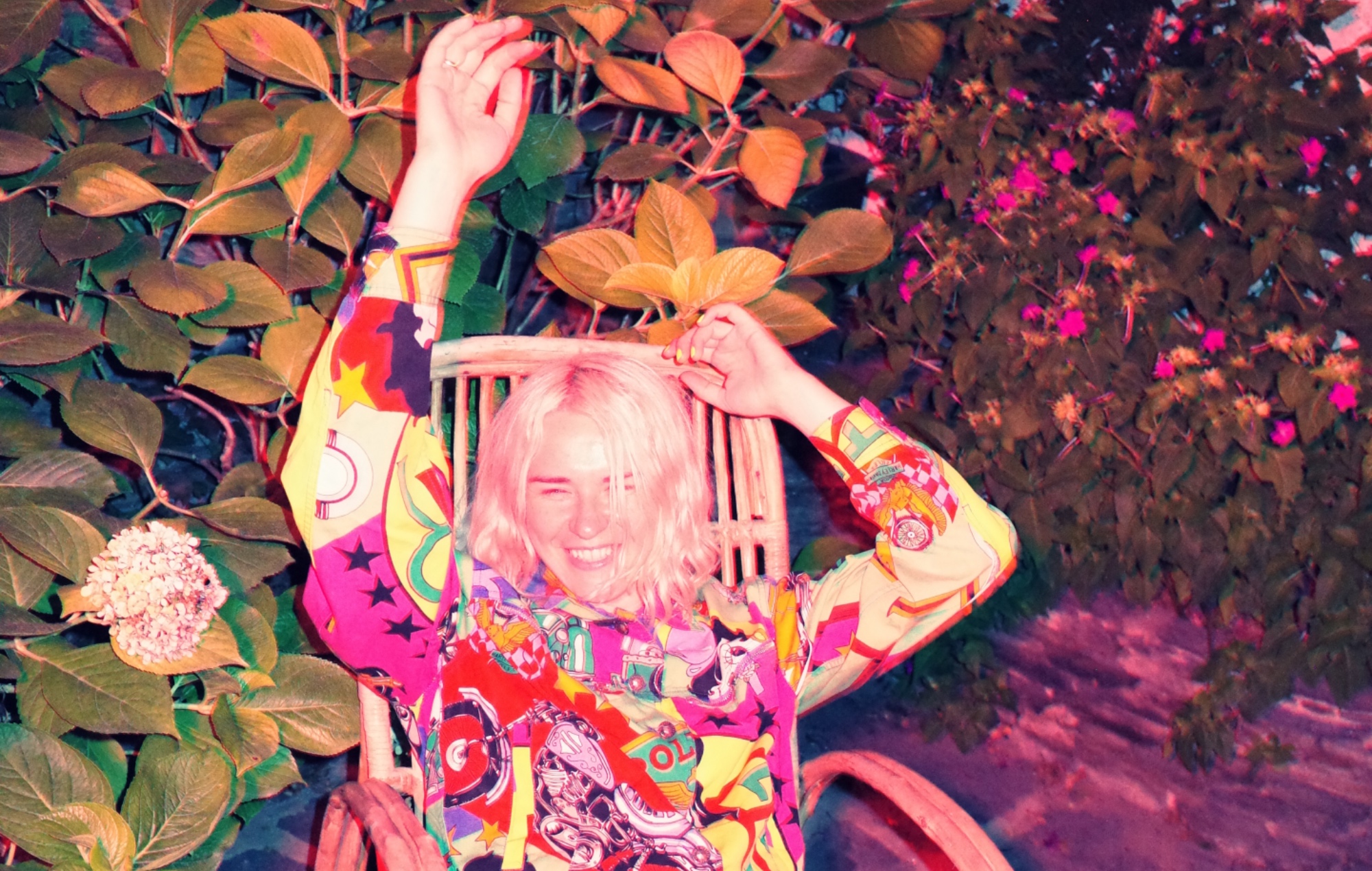 The story of HAAi, aka Teneil Throssell, is peppered with moments of serendipitous timing, but it’s taken her ten years to create an album in any form. ‘Baby, We’re Ascending,’ released on Mute [Depeche Mode, New Order] on May 27, is HAAi’s debut album across all her previous artistic iterations, and it’s a sprawling, meaty body of work that shows just who HAAi is and what she intends to do. When she first arrived in London from Australia, Throssell was in a psych band that soon fell apart. She then began collecting records and playing DJ sets before she became the resident DJ at Brixton club Phonox, learning to produce in her own time. She put out EPs on her own label Coconut Beats before Mute picked up her 2019 EP, ‘Systems Up, Windows Down’.

Throssell says that the process of putting together this album has opened her eyes to what she is able to do as an artist. “It’s taken so long for an album to exist, that now, having this body of work that I’m so proud of, that’s so reflective of me at its core, there’s a little bit more self-assuredness that I didn’t have before. It can be really hard to describe what you are [without that]”She tells NME on Zoom from her London home.

Perhaps for Throssell, but to her growing and incredibly loyal fanbase, HAAi is the definition of an artist and selector. She boasts a signature sound characterized by frenetic energy and pounding bass that simultaneously cradles and propels you, and the natural instinct for what to play to keep the dancefloor moving. In 2020, she released her breakthrough EP ‘Head Above The Parakeets’ which brought her into the spotlight some more; the title track, with its hazy slowed down vocal sample and noisy breaks feels like a late night edging into an early morning.

‘Baby, We’re Ascending’, however, marks something of an artistic recalibration: it is her most collaborative and vulnerable work to date. Tracks like ‘I’ve Been Thinking A Lot Lately’ and ‘Pigeon Barron’ contrast heavy drums with melodies that transport you up, up and away, and Throssell sings on her own songs more openly; on tracks like album closer to ‘Tardigrade’, her soft vocals peel back a layer (“It’s gone and I don’t even care”) before heavy scudding beats whirl into focus.

She was encouraged to sing more by Mute founder Daniel Miller, she says, but it took some convincing. “It’s something I was apprehensive to do in the beginning, mostly because I felt like when you’re doing everything else in the creative process, maybe it would be a bit self-indulgent if I was singing as well. He gently nudged me to do more and I’m grateful for it because when you’re using your own voice it becomes a lot more personal. ”

Throssell made the album throughout lockdown which required a sharp adjustment from her pre-pandemic lifestyle of constant touring and playing. “You have more time where you’re not thinking about where you’re going next or if you have to be up at 4am to go to the airport, so you can use that time to really let your thoughts fester,” she jokes. Though her schedule has been gradually returning to its usual speed, she’s grateful for the forced halt that allowed her to make the album in a more detailed way than she would otherwise have been able to.

She received a diagnosis for her ADHD during the first lockdown, which is part of what the album deals with in its vulnerability, even if it chooses not to name it explicitly. “I had a bit more time to sit and make music that was more personal rather than something that was purely functional and to dance to,” she says. The lifestyle of being a DJ, playing gigs internationally and always on the move, has heretofore suited her “hyperactive brain”. “You’re moving with the world,” she says, “but when you stop and the world keeps spinning, that’s when I found things more challenging.”

“One of the main reasons I had never invited anyone in before was the fear of someone saying, ‘You’re not doing this yourself'”

Another big part of being more vulnerable with this album was inviting others in to collaborate. ‘Baby, We’re Ascending’ features work from Throssell’s close friends like Alexis Taylor, Jon Hopkins, Obi Franky and poet, model and activist Kai-Isaiah Jamal. All the collaborations came about organically, but it was a big step for Throssell to relinquish the creative control over her music and let others in.

“One of the main reasons I had never invited anyone in before was the fear of someone saying, ‘You’re not doing this yourself,'” she says. “As a non-male artist, that happens more often, so I was like, if I’m doing everything from start to finish on my music, I can always back myself up. But I had to really get over that, take a bit more ownership but also give some of it up. ”

THrossell worked with a studio engineer for the first time for this album – Mute studio engineer Francine Perry who has worked on albums by Daniel Blumberg and actor Keeley Forsyth – which has been hugely helpful for refining her ideas and sharpening her sound. To celebrate, the record’s inside cover features a collage of this array of collaborators, from those who contributed big features to simply humming a bassline idea down the phone. “I felt like it was a really important thing to talk about and for people to feel comfortable with. For me, [collaboration] was an important way of overcoming this overprotectiveness of working in solitude. ”

If there’s one track that embodies this, it’s ‘Human Sound’ featuring Kai-Isaiah Jamal and Obi Franky. Jamal used to live in Teneil’s building and the two struck up a friendship, sharing records, and ideas, and discussing the queer and Black origins of techno. Teneil had started working on the instrumental for what would become ‘Human Sound’, tentatively hoping that Kai would want to work with her; Jamal was thinking the same, and precipitated with an ask of their own The result is a beautifully energetic, cathartic sprawl that ticks on and on, building and going forward ever forward without knowing where it will end up. It’s a beautiful testament to the dancefloors and the communion they provide.

Waiting for the album to be released, Teneil is currently prepping for a live show (“I have my setup right in the middle of the house at the minute which is great for my girlfriend!”) She’s slightly trepidatious about performing it live as some songs are particularly vulnerable for her, but she doesn’t want to overinfluence how people interpret them.

Throssell is ready to let it go out into the world and be picked up by whoever’s willing to hear it. “With anything that I make, as soon as it’s gone out into the world it’s everybody else’s,” she says. “It’s something that you’ve really nurtured from a little egg, and then it’s important to give it away and just say, it doesn’t fully belong to me anymore. That’s part of the beauty of it! ”

HAAi’s debut album, ‘Baby, We’re Ascending’, will be released via Mute on May 27

Radar Roundup: sign up and get our weekly new music newsletter

The post HAAi: the creator of a high-flying, vibrant electronic wonderland appeared first on NME.