Despite the newly acquired wealth at Newcastle, they are not expected to spend extravagantly this summer, it has been revealed.

The Magpies were taken over by the PIF, a Qatar-state investment fund, in October, which immediately made them the wealthiest club in World football by some margin, and they underlined their newfound wealth in the January transfer market, topping the spending charts with investments of around £90m across 5 players.

This has led to the widespread expectation that they will continue to spend freely in the summer, but due to financial fair play restraints, the Athletic claim that this will not be the case.

That is not to say that the purse strings are drawn shut, and to many used to the Mike Ashley regime of frugal spending, it will still seem to be a major investment, with around £80m having been earmarked for summer transfers.

‘Insiders predict that Newcastle’s spend this summer will be around the £60-80 million mark’, they report.

‘The Premier League’s FFP regulations restrict them, taking into account a rolling three-season period when losses, which can be topped up by share and equity investment, cannot exceed £105 million’

Therefore, while it remains a significant amount compared to seasons past, it pales in comparison to the money likely to be spent at the top of the table, with Manchester United, Manchester City, Arsenal and Tottenham all likely to break that mark.

Where do they need additions?

With midfield likely not the most important priority, it is the striker and central defender positions that will likely be targeted. Newcastle were keen to improve both areas in January, with moves for Lille’s Sven Botman and Reims striker Hugo Etikike both collapsing late in the window.

Neither option is likely now, with Botman seemingly AC Milan bound and Etikike’s attracting attention from bigger clubs, but it shows a clear plan of where the Magpies are looking to strengthen. 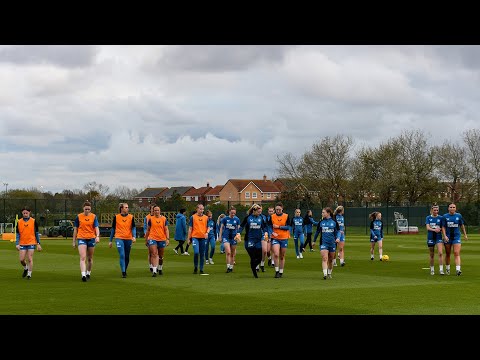 Newcastle United Women prepare for their first ever game at St. James’ Park

Watch as Newcastle United Women prepare for their first ever game at St. James’…