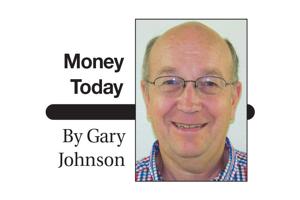 John D. Rockton was born in humble circumstances in 1957. John D, as he was known to his friends, was ambitious and focused for as long as anyone could remember.

His father was farmed but was undistinguished in what he did. John D, on the other hand, owned six cows by the time he was 14. When he graduated from high school he was already farming 400 acres and finishing 200 head of cattle each year.

John D was just young enough to have missed the worst of the 1980s. He was still building and accumulating land through his 40s.

John D was not just focused on farming and wealth, he was also married to his high school sweetheart. Together they had four children. He was involved in various community groups and was active in his church. He felt a need to give back to the community which had nurtured him as a youth.

John D also thought it was important to learn a wide variety of subjects. He studied the markets, read everything he could, and listened to podcasts in an effort to broaden his horizons.

One night he watched a PBS documentary on Benjamin Franklin. John D was soon caught up in Franklin’s ideas about continuous improvement and lifelong learning. He read a book about Franklin’s life. After a small amount of reflection, John D decided he would try one of the Franklin’s experiments.

He made a list of three areas of his life he would like to improve. Each month he worked on a specific goal for each day that month. At the end of the month, he reviewed his goal or outcome and decided whether or not it improved his life.

John D wondered where he should start. He decided his first goal would be to improve his physical shape. Over the years he had put on 30 pounds. He had almost half-heartedly made attempts to lose weight. It had been frustrating at various levels. For him, the goal of being in better shape was not tied to losing a number of pounds.

The first morning he got up early and rather than spend the first half hour checking the markets and reading the news, he got out of bed and went for a walk. The first day’s walk was a quarter of a mile on the gravel road in front of his house. He wasn’t in bad shape, and so walking didn’t really take much effort. John D’s morning walks didn’t require great physical exertion. He was fine with that. His goal was to simply be in better shape.

In true Franklin spirit, each day he walked at least a quarter mile and often liked to walk a little bit more. Some days he listens to the radio or a podcast on his phone as he walks. He also learned to turn off his phone, which he felt gave him a more peaceful spirit.

At the end of 30 days, he was walking for just under an hour each day. He felt better both emotionally and physically. He checked off the first of his goals with the resolve that he would continue to walk.

His second goal was to have an increased understanding of other cultures. With the war in Ukraine continuing, he decided he would study both Ukrainian and Russian cultures.

The news talked about those countries incessantly, but it was hard to know what was really happening. John D learned how to say “welcome, comrade” in both Russian and Ukrainian. For the first few days he took great joy in greeting his friends and neighbors in his new languages. They thought he was a little weird, but it was a good way to start a conversation.

The next two weeks, John D learned about the two countries, his geography, culture and recent events. It appeared that history played a much larger role in these countries then it did to people living in the Midwest. No one cared if Minnesota was once a part of Iowa. No one was really interested in taking over Minnesota and bringing them back into the home state of Iowa again.

John D also spent a fair amount of time doing economics in both countries. Understanding their natural resources and industries helped John D learn how this war started and how each leader looked at the conflict.

John spent the past 200 years wrestling over the wars of the regional history. It seemed wars were often repeats of old events. At the end of 30 days, John D was happy with his new knowledge.

John D’s third goal revolved around building deeper relationships with his grandchildren. Deciding how to approach this took more time than he anticipated. He considered vacations to faraway places or buying them things. He eventually decided he could have a bigger impact on their lives and teach them principles by spending time together. He made a list of projects they could work on.

For the grandchildren who lived close by, John D started a chicken-raising project. They had chickens that would go to the fair, chickens that would lay eggs, and chickens that would have been butchered. They spent time caring for the chickens, which also gave them time to talk to each other. There were also teaching moments as well as any kind of livestock project. In a short period of time, they experienced successes and few failures.

For the grandchildren who lived further away, John D came up with a few short-term projects. The younger children had the birdhouses they built. Two of the older boys learned to weld and fixed up a few old go-karts with their new skills.

John D’s favorite project was barn painting. He found many principles could be taught while painting a barn.

Although it was not always the most efficient use of the paint as some ended up on the grandkids and some on the ground, the goal was to learn how to work together and accomplish something that took more than just an hour or two. At the end of the project everyone agreed the barn looked much better.

At the end of three months John D’s self-improvement projects came to an end. There was a week in the midsummer where he evaluated if his project was a success. Trying to be unbiased in his decision, John D firmly believed he accomplished something good. He admitted there was still room for improvement.

As he sat on the deck early one evening drinking hot chocolate with three of his grandkids, John D brainstormed what his next three improvement projects would look like. When the hot chocolate was done, everyone went on a walk down the gravel road. Shortly after they started, a neighbor drove by the windows down on his pickup. John greeted him with a hearty “hello, comrade” and everyone laughed. From the road, his grandkids commented on the new barn paint.

John D decided he would most definitely take on three more things.

Bob Dunaway and Associates offer estate and retirement planning. Gary Johnson can be reached at 563-927-4554 or by emailing him at gary@vermazentax.com.