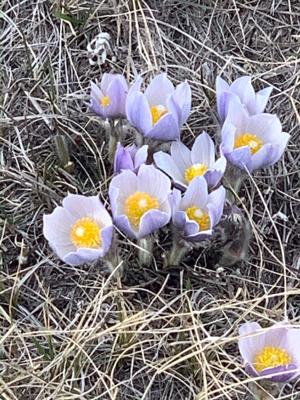 WILLISTON, ND – A unique and historic farm, located on the Miller farm in the northwest corner of North Dakota, is seven miles from the Montana border and 50 miles to the Canadian border.

Casey and Ashley have three kids, including two sons: CJ, who is graduating from the North Dakota State College of Science’s John Deere Tech program in Wahpeton in May; Cash, who is in second grade in Williston and helps on the farm this summer; And a daughter, Tru, is currently a manager at Papa Murphy’s in Williston who plans to attend Williston State College this fall to become a teacher.

“My youngest son, Casey, farms with us and is beginning to take over some of the farm. I’m retiring this year – well – semi-retiring, “said Floyd, who went on to explain that Casey is taking over some of the rented land and is working on the farm. “This way, he doesn’t have to jump in at all at once.”

Both of his sons, Calvin and Casey, also worked in the oilfield.

With spring plating quickly approaching, Floyd, Rodney, and Casey will be planting canola and durum on their acres this year.

“We’re kind of shying away from the peas and lentils because of the weed problems,” Floyd said. “We really like Roundup Ready canola – it’s cleaning up the fields and helping troublesome weeds like Canada thistle.”

In addition, the family has always put up specialty to market the local horse breeders and owners. The small, square bales are composed of half alfalfa / half grass.

“We store our hay bales in our big red barn that moved to our farm some 60 years ago,” he said, adding the hay stays dry high in the barn.

Last year, the farm was located in an area with extreme drought.

There wasn’t a lot of hay, but Floyd cut as much as he could, and even let a neighboring rancher cut a field of kochia to add feed rations to their cattle.

“It was very dry last year, and I cut a lot of 8 bushels to the acre durum,” he said.

“In 1988, I put lean spring wheat on summer fallow and that was the first year of a four-year drought and I got 4 bushels to the acre durum,” he said.

The Miller farm started with Floyd’s grandfather, John Miller, who was a gypsum miner in the east. His doctor advised him to stop mining because of lung problems.

“Grandpa and Grandma Miller arrived at the present farm, a relinquished homestead, in the fall of 1906. There was a 10- by 12-foot shack on the property and with four children they survived the winter and began planning the next spring, He said.

Floyd’s eldest uncle, Charlie Miller, was eight years old at the time and the oldest boy. He had to quit school this spring to help his father make the house big enough to accommodate six people – four kids and two adults.

“I still have his school report card that was in the old schoolhouse on our farm,” he said. In those days, kids only went to school for four months anyway.

Prior to 1914, his grandparents built a two-story house, which still exists on the farm today.

“We’re planning to put tin siding on it this year,” he said.

Floyd and Rodney renovated Floyd’s country schoolhouse that sits on their land many years ago. The large schoolhouse became the perfect storage hut for farm machinery.

“We store our machinery there. Most of the machinery that we use on the farm today is John Deere. My son said we need to go all green since he is graduating from the John Deere School, “he said.

But Floyd has also purchased lots of old farm machinery over the years in auctions this summer. He has enjoyed collecting and repairing many different machines over the years.

“With the cultivator shovel, I can make one pass seeding, and kill all the weeds at the same time without spraying,” he said.

Floyd said he’s trying to get away from 100 percent no-till because the spraying isn’t working well at keeping tough weeds. On those fields, they are seeding minimum-till.

“I disced some of my fields late last fall so I could kill weeds. Now I shouldn’t spray because there should be no weeds there yet, and I can save on herbicide, “Floyd said.

While the weather has been cool and very dry for April, a snowstorm came through on April 10, leaving .81 inches of snow. On April 17, the area received .08 inches, but it didn’t have any more through April 23.

“We did put some fertilizer down last fall, but the ground was so hard that I had to quit,” he said. “We just need to buy canola seeds and we’ll be ready to go.”

Floyd was able to seed alur in some alkali and saline areas that were “bone dry.”

He heard there was moisture coming on April 29, and he wanted to get those areas planted.

According to Floyd, Mother Nature will tell him when he needs to plant.

That formula has always worked on the Miller farm, and Floyd will certainly pass that down to his son, Casey.

Floyd went driving around April 23 and saw a group of crocuses on the ground, so that means it’s time to plant peas and lentils. However, they are not on rotation this spring.

Floyd and Debbie have recently returned from Arizona. The couple have been snowbirds for many years, and Debbie has purchased a home for them on a golf course.

“We had a great time there,” he said.

Thank you to the Miller family for sharing their story with readers this growing season. We wish them the best of luck this year!