Ralf Rangnick has warned that Manchester United have ‘quite a few players missing and a few with question marks’ ahead of his side’s season ending clash with Crystal Palace at Selhurst Park this Sunday.

The Red Devils need to match or better West Ham’s result to ensure Europa League football next season, in a campaign that most will be wishing came to an end months ago.

However, they could be without Jadon Sancho and Phil Jones, both of whom pulled out of training on Friday.

Ralf Rangnick says a number of players missing on Sunday but wouldn’t say whom. Said Sancho and Jones didn’t complete training today. Also that Alejandro Garnacho has been ill but might be in @ManUtd squad for Sunday.

Additionally, they could be without Luke Shaw, with the defender having just become a father, though Edinson Cavani and Raphael Varane were both pictured back in training.

“We once again have quite a few players missing and a few with question marks,” said Rangnick. “Still positive we will have a strong starting XI and finish on a stronger note.” Jadon Sancho & Phil Jones failed to finish training today. Luke Shaw’s wife has just given birth. #MUFC

It is unclear who the other absentees could be, but Rangnick remains confident of putting out a ‘strong’ starting XI, which should be able to get the job done.

Palace set to be without captain

And, in good news for the Red Devils, Crystal Palace are seemingly set to be missing key center-back and captain Marc Guehi, who picked up an ankle injury in their 3-2 defeat to Everton on Thursday night.

Exclusive: Marc Guehi’s participation in England’s Nations League games in fresh doubt after he picked up an ankle injury in #CPFC‘s defeat by Everton. Seen leaving Merseyside on crutches.

Will be assessed before final game of the season.@TheAthleticUK https://t.co/ExpABjz5j2

It should make the task of getting three points, which are a must to ensure that they do not fall behind West Ham and into a Conference League spot, a little easier for United, although it remains by no means a formality. 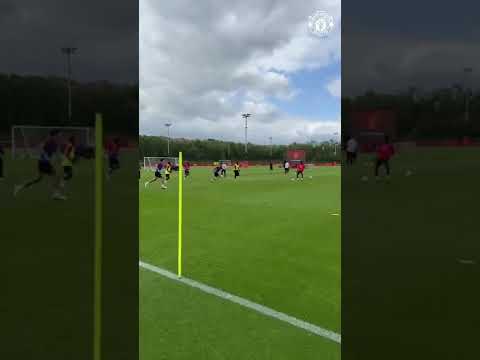