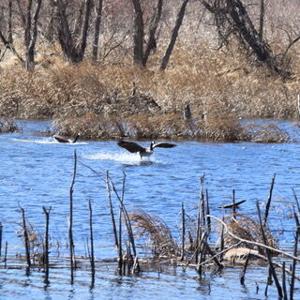 Nutrients and pollution that flow down the Mississippi River help create a “dead zone,” an environmental disaster in the Gulf of Mexico where organisms cannot live.

Nutrients from the north enter the Gulf and result in an overgrowth of algae that dies and decompose. The resulting low oxygen levels kill organisms that cannot move out of the hypoxia zone.

Reducing the size of the Gulf of Mexico hypoxia zone is a goal of many, including the Mississippi River / Gulf of Mexico Hypoxia task force, farmers, and the public.

The goal is to limit the hypoxia (low oxygen in tissue) zone to no more than 1,900 square miles per year. That goal has yet to be met.

“Recent results from the US Geological Survey (USGS) models show that ag sources are the largest nutrient sources in the Gulf, and much of that originates in the upper Midwest and along the Mississippi River. But in urban areas, human waste treatment, rainfall and atmospheric dust, and natural sources also contribute a large amount, “said Don Cline, associate director for the USGS Water Resources Mission Area, in a June 3, 2021, news release.

Nitrate and phosphorus are considered to be major contributing factors to the size of the hypoxic zone (sometimes called the “dead zone” because organisms that need oxygen cannot survive), which form each summer.

The National Oceanic and Atmospheric Administration (NOAA) has stated that river discharge in May and associated nutrient load to the Gulf of Mexico is likely to be a major contributing factor to the size of the dead zone that forms each summer.

NOAA reported last summer that the average hypoxic zone over the last five years is 5,380 square miles, which is 2.8 times larger than the target set by the task force. Since records began in 1985, the largest hypoxic zone measured was 8,776 square miles in 2017.

Talking about this topic is Cornell University professor Catherine Louse Kling, who serves as the faculty director of the Ivy League College’s David R. Atkinson Center for a Sustainable Future.

In her studies, Kling sees several US policies and / or programs that have reduced pollution. These include the Clean Water Act that regulates point pollution sources.

“We’ve had reductions in our pollution goals; However, the Clean Water Act explicitly exempts ag sources except for large animal feeding operations, “she said. “Instead, our approach is federally and by most states what is referred to as a ‘voluntary approach.'”

During a recent webinar by C-FARE (The Council on Food, Agricultural and Resource Economics), Kling suggests that calling non-point source ag pollution activities “voluntary” is a curious term because “no one is required to do anything, but a Great part of it is paid for by taxpayers. ” Kling was one of several academia that discussed agricultural and environmental science-based policy at the C-FARE Brandt Forum in April 2022.

Current ag regulations have brought about some good benefits, she said. These include winter bans spreading manure and the development of buffers. Apart from these efforts, the hypoxia zone in the Gulf of Mexico has not changed in a meaningful way.

“Not only are we not close (to our 1,900 square mile hypoxia zone), but we are also not making any meaningful progress when you take into account all the year-to-year variability, which is frankly just weather,” she said. “We’ve made no progress in terms of nitrogen or phosphorus reduction.”

Kling thinks a similar model could be implemented in the Upper Midwest.

In the early 1990s, the state of Florida determined that the restoration of the Everglades was very important. Phosphorus pollution was a significant issue.

The development of a regulatory program for the land within the Everglades Agricultural Area was required by the Douglas Act and a federal lawsuit settlement. In 1992, 100 percent of landowners submitted applications and received permits for their phosphorus-reduction plans because of the regulation. The permit includes a description of the land user’s on-site best management practices (BMP) to limit their phosphorus load.

The BMPs include calibrated soil testing, fertilizer application directly to the crop root zone, longer drainage retention, and sediment control, according to the Everglades Restoration Annual Progress Report in 1994.

An overall phosphorus reduction was set at 25 percent, but within three years, phosphorus pollution had dropped much more – by 55 percent, Kling said.

“There was a very clear example of an actual implementation of a regulatory program that had teeth, that had monitoring,” she said.

A goal of 40 percent reduction of nitrogen and phosphorus in the Gulf of Mexico would require 90 percent of row crops on nutrient losses.

“I would like to see an approach like this one be seriously discussed along with other approaches…,” she said. “I also think there are other approaches, including the combination of a permit system with increased public funding of CRP and wetland restoration, that should be lifted up as serious alternatives. There are other options that could be part of the solution, as well (higher taxes on commercial fertilizer, for example). “

Accomplishing these goals will require new BMPs for reducing fertilizer use.

“Unfortunately, the magnitude of the changes needed to achieve a 40 percent reduction is much more vaster and requires much more intensive changes in how you do agriculture,” she said.

The model would include reintroducing wetlands on the landscape and planting a great many more perennials into cropping systems.

“We would need to change fundamentally how we manage and control our tile drain systems, which largely and very efficiently pull water out of the soil and produce great crops for growing, but unfortunately, it channels very directly into those nutrients. our waterways, “she said.

While the Conservation Reserve Program has helped reduce nutrient pollution, it is not enough, she said.

This model would incentivize research and development as farmers would work toward cost-effectively controlling minimal nutrients that were applied to the field.

“Probably more compelling is that we’ve been working for 25 years to provide taxpayer money to pay for these same (nutrient saving) practices,” Kling said. “If we do not know that they work, why is it okay to use taxpayer money and pay for them – but it is not okay to say that polluters need to cover the costs (of polluting)? That makes absolutely no sense to me. “