Usoro narrated to the police that the criminals with AK47 who mixed into the crowd had successfully abducted him when he miraculously escaped during the shootout.

On November 4, 2021, Mr. Usoro Samuel Akpanusoh, a member of the Akwa Ibom State House of Assembly representing Esit Eket / Ibeno constituency was among the special guests at a traditional wedding in his constituency. He was greeted by his community youths and several supporters who were excited to see him at the event.

Unknown to him, amongst the crowd hailing him were a five-man gang with a pre-planned arrangement to abduct him. Mr. Luckily Usoro was able to escape unhurt while two youths who were believed to have helped in his escape were killed in the process.

Lucky to be free, he reported the matter at the nearest police station and the Inspector General of Police, Usman Akali Baba ordered operatives of the Force Intelligence Response Team (FIRT) to investigate and arrest the fleeing suspects.

Usoro narrated to the police that the criminals with AK47 who mixed into the crowd had successfully abducted him when he miraculously escaped during the shootout.

The FIRT operatives assigned to the case were able to track down and arrest three suspects identified as Emmanuel Johnny Okon, Okon Effiong, and Kingsley Emannuel, from their various hideouts. They alleged that one Uyime who is currently at large was the one who recruited them to be part of the gang. They also alleged that the killing of the two men was not part of the original plan

Confirming their arrest, the Force Public Relations Officer, Muyiwa Adejobi, a Chief Superintendent of Police, said efforts were still on to arrest the remaining suspects currently at large. Meanwhile the three suspects in police custody will be charged to court soon, he said.

I monitored him for days

Recounting how he ended up in police custody, Okon told Saturday Sun that he was assigned to monitor Mr. Usoro. He described himself as an active member of the community and one that was well known to the Honorable (Mr Usoro).

“I am 29 and married with a son. I am an active member of the youth association in the community and we survive from money made from politicians. The Honorable is well known to us because they have been elected for several years to represent Esit Eket constituency. Uyime is also from our community and is a notorious kidnapper. He called days before the attack that Mr. Usoro is the next person on the list.

“I agreed to follow them because very soon the election campaign will start and he will come with a small amount of money to convince us to vote for him. As soon as the election is over, they will face only his family. He has not done anything meaningful for the community, especially the youths who voted for him. The only people progressing and getting jobs are either his immediate family members or his kinsmen.

“Uyime told me to monitor his activities and advise them on the best day to attack. I was able to find out that they will attend a traditional wedding in our community on November 4 and I alerted Uyime. We agreed that I would let them know the best time to attack, which should be when he was about to leave. I joined the group of youths that were hailing him and as usual, they gave us little money for drinks.

“When I was sure that he was about to go, I called Uyime and two others who were on standby close to the venue to move closer. They attacked while he was about to enter his car but unfortunately, he was too smart and escaped. Two of our youth members were shot dead in the process. I joined others to pretend as if I did not know what happened while Uyime and the three others with AK47 escaped.

“I don’t know how policemen managed to know that I am one of them. I have tried my best to help them find Uyime and others but they have disappeared, ”he stated.

If the kidnap was successful, Okon said he was hoping to start a business and leave the village. He said: “Life in the village is very tough, I decided to accept Uyime’s offer because we had hoped that they would pay millions. Mr Usoro is very rich and I was hoping to get at least N5 million as my share. I am so sorry and I swear that I was not the one that shot the youths in our village. It was not part of the plan to kill innocent youths like us. I do not know why Uyime was careless with the gun. ”

On his part, Effiong claimed that his only responsibility was to guarantee easy access for the gang when they were passing through their community check point. “I have known Uyime for years and anytime they have a job in our area, they would contact me because I am one of the members of the youth in Mbong assigned to secure the area. We have a check point that now of the neighboring communities must pass through to access the town. The vigilante group was formed to checkmate the activities of kidnappers and armed robbers. Initially what Uyime normally does is to seek for clearance to pass with petroleum products from illegal oil theft activities. He will just tip us and we will let him go.

“On November 1, he called me for a meeting and said he would be moving a lot more important goods across and if I guarantee him easy access, he would give me N50,000. I am not a kid, so I insisted that he must tell me the details. He later told me the truth and said that he will give me N50,000 so that I can settle my boys till ransom is paid. On the day that the operation took place, I made sure that the boys posted to the check point were those that I could control.

“I was waiting for them to pass through when I saw the convoy of the honorable pass through with so much security around him. It was later that I received a call that the kidnap attempt was not successful, ”he narrated.

The third suspect, Emmanuel claimed that he got arrested because of his involvement with Uyime in the past. “I am a bus driver and Uyime has called me several times in the past to carry him for an operation. I only mistakenly joined him once not knowing that he wanted to kidnap someone. Since then, I refused to allow him to use my bus. On the day of the incident, I realized that one of the boys that were killed is my blood relative. I went to the police station to identify his body and they referred me to another police station. It was there that one of the suspects that the police arrested pointed at me as a friend of Uyime. I was not in town when they tried to kidnap the Honorable. I know Uyime and I have tried my best to help the police to pick him up, but he is too smart. I swear that I am not a kidnapper and what I did in the past was a mistake, ”he pleaded. 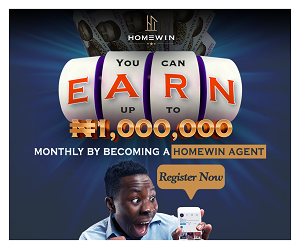